Sarah's signature blend of contemporary folk, pop, and rock has made her one of the leading figures in contemporary Catholic music.

Sarah's songs are part of the common worship experience of Catholic's in the US: "Alleluia! Love Is Alive," "Go in Peace," "More Than Enough," "Run to the Cross," "Take Up Our Cross," "Sweet Redeemer," "You Alone" and others. She boasts nine albums as a solo artist, including Til the Song is Sung, her latest, which she released at the 2017 Prayer & Song Retreat, and Above Earth's Lamentation. She often co-writes with artists like Curtis Stephan, Steven Angrisano, and Jesse Manibusan. Her songs have been covered by Amy Grant, Celtic Woman, Matt Maher, Jason Crabb and The Newsboys. She is the recipient of eight Unity awards for her work, and in 2012, she received a Grammy nomination for her song, "Better Than A Hallelujah," which was recorded by Amy Grant.

Sarah has been a singer, songwriter and keynote speaker for 20 years, and in 2013 she performed for Pope Francis. At events, Sarah's love for music and ministry intersect in amazing ways, which she shares across the country and around the world. She performs at such events as National Catholic Youth Conference (NCYC), Los Angeles Religious Education Congress (LA RE Congress), and World Youth Day, as well as churches and colleges. Sarah makes her home in Nashville, TN with her husband and two awesome teenage daughters. 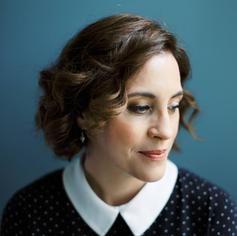